Want to participate in energy efficiency programs but worried about air tightness tests? Read on. | Icynene-Lapolla

Want to participate in energy efficiency programs but worried about air tightness tests? Read on.

You have probably heard the horror stories — a builder commits to building a super energy efficient house. Maybe it’s going to be Energy Star rated, or maybe it’s R-2000, or maybe it’s something more elaborate like a Net Zero home or Passive House. They get the house ready for occupancy but then they fail the final step in the process - They’re unable to pass the air tightness test.  Hundreds of hours of detective work and dozens of repairs later, the builder achieves a ‘Pass’ but vows, “I’ll never do that again!”

Even the most experienced low-energy builder can sympathize with the perils of passing that all-important air tightness test. A number of variables can put the test result in jeopardy - if you don’t have a repeatable system in place; if you lose a key person responsible for quality control or if something gets missed. There are a number of reasons why it would be good to know the outcome of the test well before the completion of construction.  Yet even today, many builders rely on a sealed polyethylene air barrier—a system that requires attention to detail needs drywall in place to support the poly (especially during the air tightness test,) and the air barrier can be easily damaged by finishing and other trades. It can be a very risky proposition.

Are there Other Alternatives?

Partly in response to these complaints and concerns, and partly recognizing an opportunity to solve problems, a number of manufacturers have introduced several new approaches that are less reliant on sealing polyethylene as a means of achieving air tightness.

Making a commitment to airtight building construction no longer needs to be something that is feared. In fact, it represents a key opportunity for leading builders to differentiate themselves. Furthermore, airtight construction can have some unexpected benefits including: more even heating and cooling loads in the home, less risk of frozen pipes, fewer drafts and fewer call-backs.

If you take advantage of an air barrier system that can be tested and verified at an earlier stage of construction, you can add another key benefit. You can minimize the risk of not passing the air tightness test at the end of the construction process. You don’t have to wonder:  “Will I need to rip out that bathtub?” to fix an air tightness defect that’s hidden in behind it.

I often get asked “Why should I pay more for spray foam when I can get the same R-value in a less expensive product?” My answer is simple—you shouldn’t pay more if all you want is insulation.  But if you want insulation and a continuous air barrier, and the ability to avoid failing air tightness tests, and one trade so that the lines of responsibility are clear, maybe that changes the discussion to something that becomes, a reliable, consistently performing, repeatable system for achieving that result.

The growth in popularity of spray foam and other non-polyethylene air barrier approaches is a pretty good indicator that many builders are looking beyond R-value when they consider how they build high performance houses. 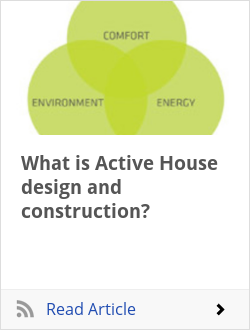 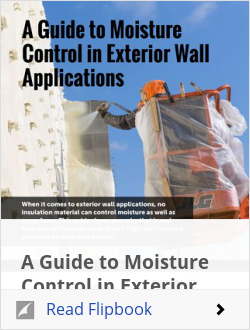 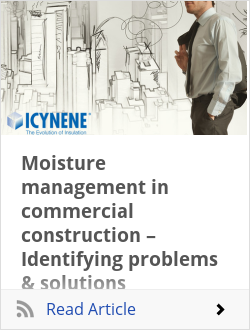